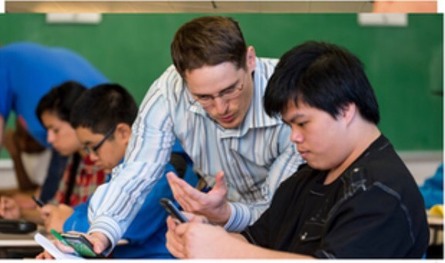 Michael E Braun has spent ten years working with schools to improve teaching and learning. Michael has a Master of Education (M.Ed.) and Educational Leadership and Administration (Principal Licensure). Michael has been a school administrator and has provided computer science instruction in elementary, middle school, and high school. 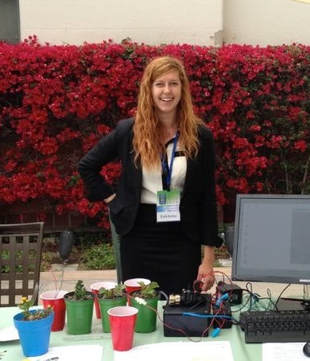 FoxBot Industries is a one-woman army of STEAM-based projects, tutorials, and workshops lead by the inimitable Jennifer Fox. Jennifer's educational background is in Physics (B.S., Occidental College) and Mechanical Engineering (M.S., UCLA). Her work has been prominently featured at the Living Computers: Museum + Labs, SparkFun Electronics, and the Pacific Science Center among many others.

To learn more about Jennifer's projects, tutorials, and workshops, visit www.FoxBotIndustries.com or search for @jenfoxbot on Instagram, Twitter, and Instructables!

I am in my 26th year of teaching, and currently teach Design and Engineering to 7th and 8th graders at Pacific Middle School in the Highline School District.  I received my National Board Certification in EA Science in 2006 and renewed my certification. Nine years ago when I began designing and implementing the curriculum for the Design and Engineering, DE, program at Pacific, my goal was to build a legacy program where students could explore, create, build and discover something about themselves as a learner. In DE, students experience a variety of CTE/STEM opportunities, including participating in Future City, an international competition. We just completed our tenth year of competition, and represented Washington State at the National Future City Competition in Washington, DC, twice.

Two years ago I received a grant from the Highline Schools Foundation for a $10,000 Impact Grant, “When I grow up, I want to be …” This grant was written specifically to bring the “Maker Movement” to my district, initially to girls 5th through 8th grade. The girls spent several hours using wood, hand and power tools to build something that moved. Through the implementation of this grant and the help of a lot of really good friends, our build events were a success. Girls lost their fear of STEM/CTE classes and signed up in record numbers.  Recently our girls participated in a five week partnership with the Museum of Flight STEM/ZERO Robotics Camp. The 24 girls wrote code to maneuver a SPHERE in the International Space Station, placing 2nd in the state. 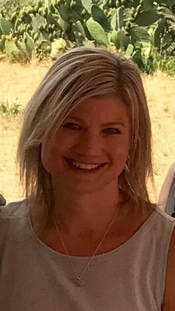 Angela Heath is the Educational Technology Director at Annie Wright Schools in Tacoma. She was an elementary classroom teacher for 11 years before transitioning into educational technology in 2007 to help students and teachers integrate technology into the curriculum. As Educational Technology Director, it has been one of her primary responsibilities and passions to find meaningful ways in which students can use technology in order to enhance and stretch their own learning and inquiry process. Her school is an IB school (International Baccalaureate) so her interest started in the Maker Movement as her school has transitioned to an inquiry-driven curriculum. 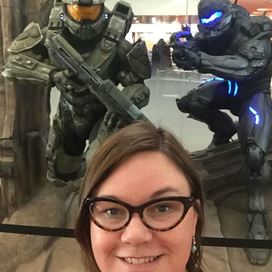 Morgen Larsen the Teacher-Librarian at Greenacres Elementary in Spokane Valley, WA.  She also serves as President of the NCCE Board of Directors.  Her love of STEAM drives everything she does in her library and maker space.  Morgen loves to collaborate with like-minded educators who love to Make!  Follow her on Twitter & Pinterest @MsLibrarianLady 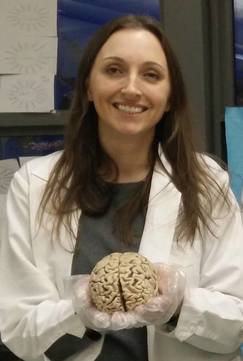 Caitlin is currently the director of Raven's Call Press and assisting with the launch of McQuinnable!

Caitlin graduated from the University of Washington, has a certificate in nonprofit management, and will finally be going back for grad school in the fall for a Masters Of Education: Learning and Technology. She worked for Apple for 6 years, both as a Creative trainer and in tech support working behind the Genius Bar. She has volunteered for many technology and maker events with NCCE and the Puget Sound ESD and was lucky enough to grow up in a tech and science savvy family (and yes there is a relation!).

Conn McQuinn is a consultant who has spent forty years working in both informal and formal educational settings. He has had the privilege of working for two great institutions, starting his career at Pacific Science Center in Seattle for fifteen years, and then twenty-five years at Puget Sound Educational Service District in Renton. Over this time, he has consulted and taught workshops on a broad range of topics, including science education, educational technology, robotics, project-based learning, digital photography/video, personalized learning, makerspaces, and neuroscience in learning. He was worked with thousands of teachers and administrators from districts throughout Washington State and beyond. He is also the author of sixteen children's activity books, covering a range of seemingly random topics. 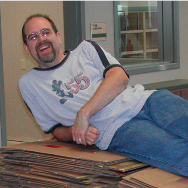 Art is the teacher-librarian at Arthur Jacobsen Elementary School in Auburn, Washington. He has been implementing ed tech projects in his library for many years, including book podcasts and now a MaerSpace with Beams and Triangles. You can contact him at art.spencer@comcast.net.